Are our content habits becoming more than an obsession?

Each year approximately £7.5 billion is spent by broadcasters and advertisers on the production and distribution of programme and commercial content.

With more video content available than ever it has become incredibly easy for consumers to devour and binge-watch their favourite series in a matter of hours or days. And the methods of viewing content have diversified as well, with as of Q3 2018 approximately 11.6 million homes in the UK owning subscriptions to at least one of Netflix, Amazon Prime or Now TV. Netflix is now the main driver of this with 2.2 million more homes than the year before (Q3 2017).

In particular, public interest in the true crime genre has grown exponentially in the past couple of years with more and more consumers taking part in this form of ‘psychological voyeurism’. This fascination is by no means a new thing and can be traced back hundreds of years; to our ancestors’ similar obsession with visiting the colosseum to watch gladiators fight to the death or the frisson between fear and excitement that surrounded Jack the Ripper in late 1880s.

New series are released each year covering some of the most well-known cases in the world from the Disappearance of Madeleine McCann (which contains over 40 contributors, 120 hours of interviews and hundreds of archival news footage) to Conversations with a Killer: The Ted Bundy Tapes. However, there has also been a rise in lesser known cases which are now in the public eye due to docu-series such as Making of a Murderer (part 1 and 2), the Staircase (novelist Michael Peterson) and the case against Adnan Syed which gained infamy in the first series of Serial.

Often the content included within these series is disturbing but ratings continue to soar even in these cases of depiction of extreme violence. That’s not to say that consumers are viewing this content because they want to imitate what they see on screen; according to Dr. Michael Mantell it can be a fascination between good and evil, whereby people are drawn in by the excitement, suspense or shock tactics that are used to hold our attention.

But with many viewers watching an entire series with graphic content in one go, one has to wonder what impact this could be having on us? And who is or should be responsible for restricting this content?

Jooyoung Lee (an associate professor of sociology) has suggested that watching real-life horror stories can make people feel as though they are part of the story and as a result of several of these programs support groups have spawned, with viewers ‘fighting’ crime themselves, believing that they can help overturn a ruling, solve a cold case or help to acquit a person. There is also the darker side of internet crime groups that vindicate their actions in the name of helping people; in recent months there has been increased publicity and awareness around paedophile hunting groups after several people who have been caught have taken their own lives.

Outside of this there are studies that suggest the side-effects to viewing excessive amounts of this kind of content including; trouble falling asleep, nightmares, desensitisation and long term effects on our mental health. With this content and aggressive games offering similar side effects to that of drugs and alcohol, the healthcare system is battling against the physical and mental effects with GPs ‘prescribing’ bans from games such as Forenite and Minecraft, how long will it before the same can be said for the True Crime genre?

So, should distributors be culpable ensuring this content doesn’t fall into the wrong hands or is it consumers responsibly?

Well, it’s a tricky one; gaming has been under fire for several years for promoting aggressive behaviour through shooting, ‘beat ‘em up’ etc games, and is now starting to clean up its image. However, there is still a proliferation of high addictive and aggressive games out there, currently the UK gaming industry is worth a record £5.7bn. Often it’s up to parents’ discretion to try to limit time spent on these games, however it’s becoming increasingly difficult with some teenagers becoming physically aggressive and damaging property when disciplined.

Whilst there isn’t the same awareness and proliferation of viewers in the True Crime sector, its content is just as shocking, if not more so at times, and can be as all-encompassing as the gaming industry. As this type of content is so widespread across media, I am sure that many social media and streaming services would say that viewing and consumption habits are up to each individual to track and limit.

In my opinion there should be stricter rules in place to ensure that young or more vulnerable individuals don’t end up being influenced by what they are watching. Currently across a number of streaming services it is incredibly easy to watch hours of a certain genre of content (currently the average viewer watches 3h 34 of broadcaster TV with an additional 28m subscription VOD per day) without stopping due to the next episode countdowns and the continuous scroll.

So how could distributors police the content that users are streaming? Well in my mind there are a couple of options;

Although the content being consumed is ultimately up to each individual user, these simple guidelines could show consumers that distributors are aware of the pitfalls to certain types of content and provide more of a safety net for the industry so it doesn’t come under the same fire that gaming has.

Irrespective of whether distributors put safeguards in place, it’ll be interesting to see who steps in first;

1. the producers of these types of content with an attempt at self-regulation – such as in the gambling commission which aims to regulate in a ‘transparent, account, proportionate and consistent’ way using a risk-based approach. This means that that resources are focused on businesses that pose the greatest risk to their licensing objectives

2. Or whether the government will step in with new legislation – similar to the Department for Digital, Culture, Media and Sport (DCMS) which has proposed an independent watchdog that will write a “code of practice” for tech companies, which will mean that internet sites including Facebook, Twitter and Google, Snapchat and cloud storage services could be fined or blocked if they fail to tackle ‘online harms’ such ass terrorist propaganda and child abuse. 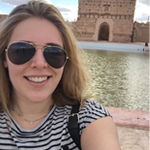 Izzy has been working in media for five years and joined us last January. In her spare time she is attempting to reach her target of going to 30 different countries by the time she turns 30.

Nothing great comes without risk – my day at MAD//Fest

Our commitment to fostering a diverse and inclusive environment

“If you want to be remembered, make your claims as concrete as possible.”
@Willlloyd and @rshotton explain the importance of creating concrete copy to help boost #adrecall in @MarketingWeekEd: https://www.marketingweek.com/making-your-copy-more-concrete-will-boost-ad-recall/