As we mark today, International Men’s Day, and focus on what it means to be a man in 2021 and more broadly on gender as a subject area, I wanted to reflect on the importance of the continued strife for gender equality. As a new parent, a new father to be specific, I wanted to do this through the lens of parenting and the real impact that gender equality can make to the individual, their family, and the business they work in.

The notion of the male breadwinner and female housewife disappeared with the last century and good riddance. Instead, for the most part, Western society has adopted a far more balanced and fluid notion of men and women in the workplace with equality being the main goal. Much progress has been made to ensure that meritocracy prevails and that everyone has an equal chance to succeed at their given job, regardless of gender, or for that matter, age, ethnicity, class, sexuality, disability, or other characteristic.

Now it should be said, whilst progress has been made, there is still a long way to go. One only needs to look within our own industry and the recent 2020 IPA Agency Census to see that the workplace is still unbalanced with, for example, only 32.4% of C-suite being female and 15.35% of the industry employees being from non-white backgrounds. The general consensus is that we are moving in the right direction but need to do so quicker and with more impact than at present. We need to all be pulling in the same direction and ensuring that the workplace is inclusive and welcoming to all and that everyone can both begin and then progress in their careers regardless of both their background or present circumstances.

One group that is often overlooked in this regard is parents. Just as with the above-mentioned personal characteristics, parenthood can also be hugely prohibitive both in terms entering and then succeeding in the workplace. The advertising industry is rightly or wrongly synonymous with long hours, the need for flexibility, last minute requests and deadlines etc, none of which pair perfectly with being a parent who have pressures outside of work that cannot be just dropped. When you become a parent, you become a Mum or Dad, but you also become a juggler, learning to keep lots of plates spinning and often feeling like you need to be in 2 places at once. It is therefore the duty of both industries and companies to help try and facilitate a workplace where employees can be great at their job but not to the detriment of their family and vice-versa, where neither role must negatively impact on the other.

Again, in lots of cases, headway is being made here with a combination of both changes to policy & infrastructure as well as behaviour and attitude. Initiatives such as flexible working, shared parental leave, parental transition coaching and a more inclusive view on part time employees are just some examples of progress that has been made.

Many of these changes and advancements have come as a result of the hard work and dedication of mothers in particular who continue to do an amazing job of making a case for the need to evolve and change the system. This is most likely because it is widely acknowledged that much of the pressure of being a working parent falls on the mother and a recent study by Kantar, Forbes and Berlin Cameron, has shown that the pandemic and home working has only exacerbated this with 41% of Mums saying they have taken on more responsibilities at home.

Much like the broader workplace gender statistics, it is clear there is still not equality even in parenthood. That said, whilst every effort must be made to level the playing field, it is also important that parenthood more broadly is not prohibitive, and this includes fatherhood.

As a new father myself, I have adapted the way I work hugely, not just because I have had to but because I have wanted to. I am fortunate enough to work for a company that shares this view and over many years has evolved and adapted to accommodate parents because it wants to every bit as much as it has had to. With an almost equal split of Mum and Dads within the company, policies have been brought in and attitudes shifted to mean that parents can join, be part of and re-integrate into the agency in a way that suits them with the support off those they work with. Again, we are by no means perfect, and improvements continue to be made but I wanted to touch on a couple of areas that we have focussed on to make parents welcome and included at whatever stage of parenthood they are. I will do this through the lens of a father.

No stigma. You read stories and see evidence of stigma being one of the biggest issues for fathers in the workplace and this is largely a hangover of historic perceived gender roles. Historically it has been broadly accepted that the Mum plays a more active role at home which of course has its own challenges for Mums but also for Dads. Focusing on the challenges this poses for Dads, it often means that Dads can feel a certain stigma about leaving work to pick up their child or missing a meeting to attend the Christmas nativity play. This is simply wrong and just like for Mums, it should be accepted that these are important parts of parenthood, regardless of who does them. Mums and Dads should be treated equally in this regard and there should not be a stigma attached to either for carrying out their parental duty. I can safely say that this is not the case at Total Media with both encouraged to be active parents and fulfil their roles.

Parental transition coaching. Whilst the approach and content may differ, both Mums and Dads should have access to coaching if they need it. It is a huge transition becoming a Mum but the same is true for becoming a Dad and coaching to help you through this can be invaluable, especially when it comes to balancing the day job. We are lucky enough to have this through the Executive Coaching Consultancy and I can say first-hand it has been a great help as a new parent. It has equipped me with both the confidence and tools to do and balance both. You should check out the free resources they have made available since the pandemic in recognition of the support parents have needed: https://executive-coaching.co.uk/work-family-you/

Progressive policies. Whether this be flexible working or a more open approach to part time employment, changes in policy can provide the backbone for a successful approach to employing parents. Studies show that these are increasingly high on employee satisfaction surveys and well as recruitment surveys and this just goes to show their importance in today’s workplace. Again, I am lucky enough to work at a company that are constantly reviewing these and looking at them for both Mums but also Dads to ensure that support is being given where needed.

These are just 3 of many ways in which industries, companies, employers and employees can look to ensure gender equality is realised. Crucially it is about parents as a collective and we must continue to breakdown the gender bias and instead evolve to allow all parents, regardless of whether they are Mums or Dads to thrive in whatever industry they chose and absolutely, never at the sacrifice of their family and home life. 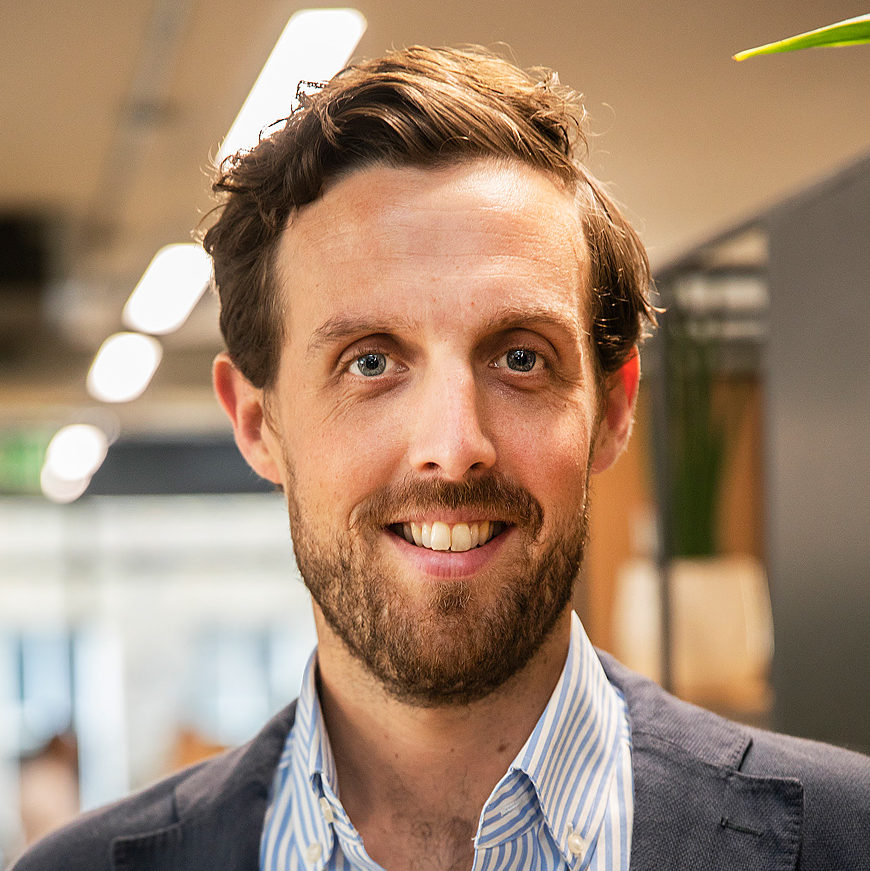 Jamie is a Managing Partner at Total Media, a new dad and can quickly quote a proverb for every situation.