COVID-19: How the media is driving behaviour change

The media has a key role to play in driving positive consumer behaviours and reducing the spread of negative ones during the ongoing coronavirus crisis, according to one behavioural science expert.

“It’s about getting the balance right,” Liz Duff, head of media and investment at behavioural agency Total Media, said in an interview with Mediatel News.

“Obviously the media has to report on what’s happening… but it’s the tone of it that’s really key.”

Panic buying is a good example of a widely reported damaging behaviour, she says. Images of empty shelves and hoarded toilet paper are rife on social media, in news brands and on TV – the situation has become so out of hand that supermarkets have imposed new limits on how much of each product customers are allowed to buy.

Earlier this week, Professor Steven Taylor – University of British Columbia professor and author of Psychology of Pandemics – told The Times that the spread of such images has inadvertently amplified the behaviour.

“Graphic images of people buying and fighting over toilet paper have gone viral. This creates a sense of urgency and the fear of scarcity snowballs and creates real scarcity. This is the first pandemic in the era of social media and it is having an effect,” Taylor said.

He added that governments need to rethink their communications and instructions if they want to put an end to panic buying.

“Just telling people to stop is not going to stop them. People are panic buying because of the need to feel they are in control. They need to be told or given something positive to do, such as helping out their elderly neighbours in isolation or donating to food banks, so they feel they are doing something to help their communities. Then people stop thinking so much about themselves.”

According to Duff, another factor to have heightened the spread of panic buying is the psychological phenomenon known as social proof, where seeing how other people are behaving in times of uncertainty only drives people to act in the same way.

“If you show people something then you’re inadvertently going to encourage them to mimick that behaviour,” Duff said, adding as an example that experiments in the US have proved that media campaigns aimed at reducing student alcohol consumption by saying people are drinking too much actually have the opposite effect.

Publishing photos of empty shelves or of busy parks during our current pandemic could have a similar effect.

So the media also has an equal responsibility to show balance in its reporting and to be considerate of the images it’s showing people, Duff said, in case it inadvertently exacerbates negative behaviours.

“As well as showing the panic buying that’s going on, it’s also about showing that it’s not happening as much as you think, and it’s not everyone who’s doing it.”

The media should look at local shops who have stock, or show supply warehouses still brimming with products, she said – and generally publish more positive stories.

By refocusing on positive stories during this time, the media can also help to drive altruistic behaviour and charitable giving.

“We’re potentially going to see people become more charitable – people are more likely to donate to charity when they’re in a negative mood. We’re starting to see this with the emergence of a lot of community support groups, [and there is] a lot on social media about people wanting to help each other.”

Statistically, consumers are already likely to be more open to altruistic behaviour and charitable giving at a time of social distancing and isolation, as research has shown a relationship between such behaviour and negative moods. A study which saw a group of older children induced into a depressed mood found that they demonstrated increased generosity in comparison to the neutral mood control group.

However, utilising social norms can also significantly impact the level of charitable giving.

A study between the Behavioural Insights Team (BIT) and Co-operative Legal Services found that customers were significantly more likely to sign up to legacy giving in their wills if the question was phrased in a way which utilised the social norms idea: “Many of our customers like to leave money to charity in their will. Are there any causes you are passionate about?”

So by making sure to talk about altruistic behaviour and charitable donations – such as the hundreds of thousands signing up as NHS volunteers – the media can help drive further positive behaviour, Duff said.

“Again, [this is] a natural human behaviour. [So] these are the things the media can be reporting on that will have a positive impact, rather than exacerbating things like the panic buying.”

Duff added that there is also a heightened role for regional media to play at this time, as people are highly influenced by events and behaviours happening locally to them.

This week, reports have emerged that local newsbrand publishers JPI Media and Newsquest have made cuts to their print operations and editorial teams as their titles have been hit by reduced advertising spend.

However, according to Duff, regional media – including newsbrands and radio – may be more important now than ever.

“People aren’t persuaded by rational messages… but they are much more persuaded by what people in their neighbourhood are doing,” she said, adding that this could therefore present an opportunity for regional media to step in and cover positive behaviours in local areas.

Duff said she expects consumer appetite for positive content will rise in the long term as the crisis goes on, meaning that the media may not have to sacrifice eyeballs or listens in order to drive positive behaviour change.

“There’s going to be more negative moods and people are going to want to have messages or information that helps them feel like they’re doing something to help.”

So far, she said, no media owner yet stands out as doing an especially good job with this, as much of the news has focused on the “more compelling” stories showing hoardes of shoppers in supermarkets rather than easing the minds of consumers by showing that the situation is not as bad as they may think.

“It’s about being responsible around everything in this area rather than the media thinking about what’s going to deliver the most readership numbers or get the most downloads,” Duff said. “It’s actually thinking about what impact it’s having on society as a whole.”

This article was originally published in Mediatel, with our head of media and investment Liz Duff sharing her thoughts. 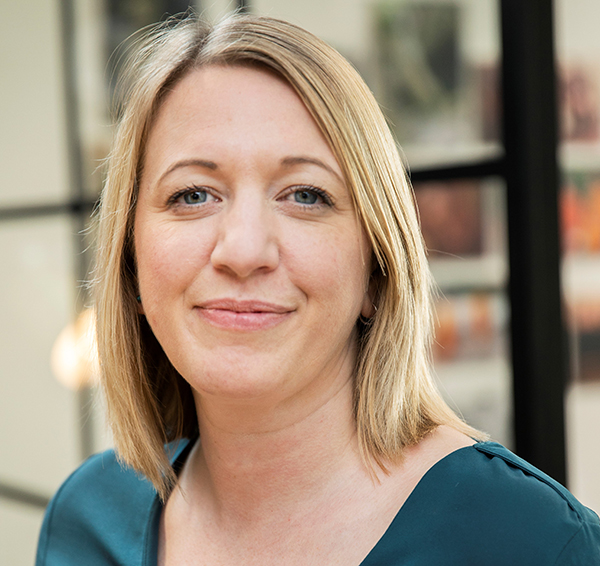