How we marked Black History Month

This October has marked ‘Black History Month’, a time for us to reflect on the importance of Black history and culture on our evolving society. Whilst, as an agency, it was imperative to mark this occasion and speak of it passionately within the agency and our community, we also understand that championing the history, culture and influence of the Black community cannot be limited to an annually recognised month and we are continuing to encourage open communication and collaboration, foundations for championing diversity and inclusivity across an ever-growing media landscape. So, what did we do to recognise Black History Month?

Films and documentaries provide an innovative way to explore a society’s history and a means of discovering different ideals, cultures, and languages. Here at Total Media, the chance to set up a platform to promote the films and documentaries that have been produced over the years, both by and starring incredibly influential individuals, has provided us with a great deal of food for thought.

At the start of the month, we explored ‘The Jackie Robinson Story’, a film which followed the story of the first Black American to play major league baseball and the struggles he endured being in the limelight. This inequality is even showcased in the making of the film which had to be made independently due to Hollywood focusing on ‘saviour’ stories at the time, in which a white man was the ‘hero’. It was an eye-opening insight into the sporting world at that time and a definite must-watch.

Our attention then shifted to another influential and pivotal documentary produced in the 1970s entitled “I Am Somebody”, directed by Madeline Anderson. This thirty-minute documentary gave an insight into the 1969 strike by Black female hospital workers in Charleston who found themselves subject to discrimination and reduced pay in comparison to their white counterparts. It showed the determination of the women to unionise, even when facing police violence, and is a poignant piece that lets these women have a platform to speak about their personal experience of the strike.

The following weeks saw us delve into several Channel 4 documentaries, namely ‘The Talk’ which features a number of renowned Black celebrities such as Emeli Sande and Tinie Tempah, discussing what it was like growing up in Britain and the conversations their parents would have with them about potential racism they may encounter. Hearing these stories and seeing how prevalent racism still is in the UK really hit home and highlights how important it is to continue to work towards equality in our local communities. It was a truly humbling watch.

Obama: the President who inspired the world

For the final week of our film club, we encouraged employees to watch ‘Obama: the President who inspired the world’, which reflected on his two terms as President of the United States and how he influenced the country we know today. An inspiring watch and particularly topical with the current election.

Alongside our film recommendations, we had several fantastic initiatives running, hosting a number of guest speakers. The inspiring Zaheer Ahmad MBE, Head of Strategic Delivery for Diversity and Inclusion at EY, gave an enlightening talk on Race in Modern Britain which included some interesting take-aways for us to consider as an agency going forward.

Our people and culture team organised a Cross-Cultural Awareness Workshop with Creative Equals, which had us thinking about our own backgrounds and how these have shaped us today in both our personal and working lives, leading to some interesting discussions between colleagues. We also looked at how best to champion diversity and inclusion within the agency and how to be positive catalysts for change.

On top of this, we had a fascinating talk which focused on the decolonisation of the Arts in the education sector with Rahul Patel and Anita Israel. Rahul and Anita were able to give students a platform to showcase their thoughts on this subject at UCL, and showed us some of the amazing artwork created through this project. A truly thought-provoking topic and one that is becoming increasingly important to understand as the school curriculum continues to be discussed in terms of Black history. As an agency, we are incredibly grateful for the time all these speakers gave to support us.

What does the future hold?

Now more than ever we are committed to actively promoting and championing an inclusive and diverse environment and provide the facilities for forging cross-cultural bonds, whilst always striving to do better. When thinking about Black History, one quote that has resonated with me is from Michelle Obama: “History has shown us that courage can be contagious, and hope can take on a life of its own”. 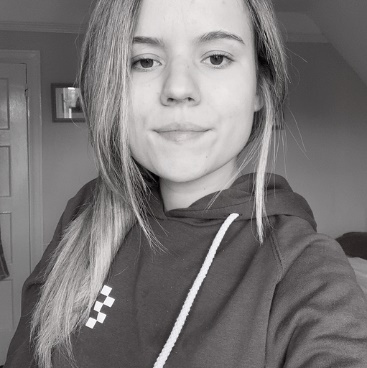 Lauren is currently studying Business and Marketing at the University of Essex Online alongside working as a Media Apprentice in the Broadcast Team at Running Total Media. In her spare time, she likes to play badminton and dodgeball and is a fully qualified dodgeball coach!