I watched 7 series of Mad Men in a month, but did I learn anything?

If Mad Men is on your watch list, then this blog does contain a few spoilers.

It’s not particularly easy to watch seven series of any TV show in a month. It’s even harder when the show follows the nihilistic narcissist Donald Draper skulking around Manhattan in search of his next mistake.

Over the series, Draper battled his alcoholism, his wives, and just about anybody else who showed him affection, including his children who he no longer had any form of relationship with in the end. Whilst Draper’s personal life headed closer to the gutter, his professional career just kept going up and up. He was Creative Director at Sterling-Cooper and made a Partner early on. Thanks to what seemed like a conveyor belt of endless mergers, the advertising agency got absorbed by bigger and bigger firms making Draper unfathomably rich.

“Mad Men seemed to be about unravelling the myth that attaining the American Dream engenders happiness”.

Draper worked at Sterling-Cooper, an advertising agency on Madison Avenue, Manhattan. The show stretches from 1960 to 1970 and Mad Men explores a lot of themes – sexism, white privilege, ambition, racism, addiction and consumerism.

“At its core, the show was about how people that benefit from white privilege and racism suffer in ways that they’re unwilling to reconcile because of the short term benefits of privilege” – Quartz.

The show was ultimately about America not reconciling honestly with its own sordid past and present. It was about being unwilling to change and about people losing their humanity as a result.

There are some key moments that arise in the show that are useful to us as direct examples of race conflict at the time and worth re-mentioning as we reflect during Black History Month.

Episode 4, season 6 features the assassination of Dr. Martin Luther King (April 4th 1968). Sadly, though likely realistically, the overwhelming sentiment amongst the mostly white cast is that it is a tragedy of inconvenience – commutes will be delayed and there will be potential property damage.

“There was a wide and realistic range of responses from the white characters. Henry and Abe both saw the assassination as a turning point in their careers. Harry Crane only cared about how the news affected TV advertising. Joan gave Dawn an awkward hug” – The Atlantic. Interestingly, at this point in the show there had been increasing exposure to side storylines featuring the youth in Manhattan, who are becoming increasingly motivated by political change and are emotively concerned about how MLK’s death might affect the Civil Rights Movement.  As the show nears its conclusion, the younger characters that are willing to change and be engaged with societal, political and emotional change are left on an upward arc of growth, contentment and progress and those that are not, like Donald Draper, are left with nothing of worth.

It’s difficult to talk about Mad Men and racism in 1960’s America without highlighting an episode from season 3:

Mad Men season 3’s third episode ‘My Old Kentucky Home’ features white character Roger Sterling wearing blackface while he serenades Jane Sterling with the song ‘My Old Kentucky Home’ at his Derby party, as well as commenting that he has put “shoe polish” on his face and that Jane thought it was “a scream”. This episode contains disturbing images related to race in America. – Digital Spy

Whilst similar parts of other shows on Netflix have been removed, this section of the episode was kept in.

A statement from the producers on keeping it in reads: ‘One of the characters is shown in blackface as part of an episode that shows how commonplace racism was in America in 1963. In its reliance on historical authenticity, the series producers are committed to exposing the injustices and inequities within our society that continue to this day so we can examine even the most painful parts of our history in order to reflect on who we are today and who we want to become. We are therefore presenting the original episode in its entirety.”

I think on balance, it is appropriate to keep it in; there is no place to be blind to the past. I do feel uneasy though, that this past was shown in Mad Men from a perspective of white privilege.

So, did I learn anything? Well I learnt that Roland Barthes would have a field day analysing Mad Men. I also learnt that society has come a long way since the 1960’s but in many ways, the parallels to today are striking. Looking out of your New York window in the summer of 2020, you’d see the same riots you saw on April 4th 1968. 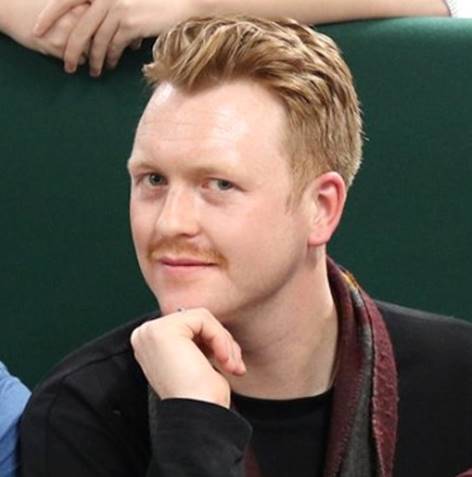 Simon has been at Total Media since 2017 and works in the Display & Programmatic team. In his spare time he likes to cook, read, go for long walks around London's parks...and binging on TV shows.