Paying attention to attention: A tension in advertising

In the recent general election debates between Boris Johnson and Jeremy Corbyn they both commented on the other one finding a magic money tree. But research suggests that even if someone did find a magic money tree, they wouldn’t notice the money.

In 2010, film makers left 100 dollars in a tree on a relatively busy street expecting to quickly create a scene that they could film. The two most common responses to the stunt were that people didn’t look at the tree, or people did look at the tree but didn’t notice the money in it.

This study was replicated by psychology researcher Ira Hyman who pinned three dollar notes clearly in sight on tree branches hanging over and obstructing a pathway on a university campus. They found that only 3% of people actually walked into the tree, so clearly noticed it enough to alter their walking, but that 80% of people failed to notice the free money hanging clearly in the tree. (Interestingly this rises to 94% if people were on their mobile at the time).

The lesson is people tend to not to pay attention to much that is around them.

This is important as it backs up the growing focus within marketing on the importance of gaining attention, rather than just reach. Specifically, there is growing conversation around measuring attention (especially online), the attention economy, and buying attention.

Ads need to be noticed to be acted on for acquisition, but there is also growing neuroscience research that shows that attention is key to driving long term memory encoding, which builds brands and ultimately drives long-term behaviour. Or as Bill Bernback would say, “If no-one notices your advertising, everything else is academic”.

There are three key elements to this for brands to be successful. Generating attention (reliant mostly on the distinctiveness and quality of creative), measuring attention and being in environments with high quality attention from consumers.

In digital there has been a growth in services like MOAT that can help ensure our ads are viewable. But this only tells brands if there is a chance for their ads to be seen. But as the magic money tree experiment shows, this does not mean they will be noticed at all.

There are growing ways to reduce risk by testing ads in situ using neuroscience techniques to make sure they capture and hold peoples’ attention before brands spend budget on them.

Eye tracking tools can be used to check whether ads are looked at and noticed. Last year I was involved in a research project that ran attention/eyetracking research – which was presented at the IAB – and found that only 24% of display ads were seen on news/publishers websites. Using the IAB’s own numbers that makes up £1.7bn of spend.

This finding was slightly higher than research company Lumen, that had it at 16%; however the conclusions were the same – you need three seconds or more to register the message and design of an ad.

This is a good first step, but it doesn’t give much detail about whether the ads are being processed.

However, combining eye tracking with biometrics testing is offering the opportunity to see if advertising is not only noticed, but processed and responded to. It isn’t always easy to re-create advertising in situ, but where this is done it can be a key step in ensuring that media budget is not wasted on ads that won’t get attention. This can be applied to TV, radio, and press, as well as digital – however, it is harder to test OOH in situ with the technology.

This approach to measuring attention can also be applied to media channels. We can test consumer attention to different TV channels or publications or digital environments. This offers an exciting opportunity to combine reach with a metric that takes into account the quality of an environment, as well as the breadth of it.

This was first published in Mediatel. 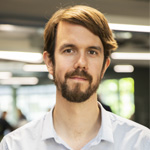