In a modern media landscape where we can choose exactly what we watch, when we watch it, and even where we watch it, you can see why the premise of then being in control of our content’s storylines has appeal.

According to recent studies, Brits were set to spend over £1.1 billion on chocolate, gifts and entertainment over the Easter period, an average of £30.41 each – that’s a lot of Easter eggs. As UK consumers splurge more and more each year (the average spend increased by 24% compared to 2018), we have to question whether the true meaning behind our national holidays is being devalued by the rise of commercialisation.

It seems that nowadays practically everything has been commercialised in some way, shape or form. Despite serving as a great reminder to send your mother flowers, the supermarket displays conveniently placed throughout stores offer unlimited temptation to boost consumer spend throughout the year, often well in advance of the actual event. Christmas, New Years, Valentine’s Day, Mother’s Day, Easter, Father’s Day, Halloween…seemingly unavoidable and inescapable spending opportunities. But what about the origins of these notable days? Is there a compromise to be had between brands’ commercial profit, and engaging users through sentimental value?

I believe there is, and I think brands are increasingly beginning to realise the relationships they can build with consumers by incorporating personal values into their marketing efforts.

At the end of 2018, Netflix did just that; released ‘Black Mirror: Bandersnatch’, the first interactive film on the platform. Since then they have started to follow up with other interactive TV shows, such as Bear Gyrlls: You VS the Wild and a series of children’s titles.

And Netflix isn’t the only platform exploring interactive content; Youtube has also created a new division under their Youtube Originals channel to develop interactive programming and live specials.

But the real question is, will this actually change the way we connect with TV in the long term, or is it just a temporary gimmick?

Bandersnatch worked because it was the first of its kind so attracted a large amount of ‘curiosity’ viewing, but also because of the huge popularity and success of Black Mirror as a series anyway. And whilst Bandersnatch did generate a huge amount of viewership, it can be said that this success was more novelty than genuine enjoyment, and there was a large amount of criticism from consumers and critics, claiming “they lost sight of actual character development and concentrated too much on the decision making.”

When we look at Thinkbox’s ‘Age of Television’ research, we see that the main need that TV satisfies, is to help people relax through distraction, unwinding and comfort. This is the reason TV viewing, whilst fragmented across different devices and platforms, will always survive as at the end of the day people want to forget about work or their daily struggles and switch off from thinking.

This is why the ‘Do’ need state only makes up 2% of the reasons people watch TV. And this is where I believe interactive content would sit. When discussing interactive TV with Forbes, Nicole Martin from NR Digital Consulting similarly states “many people use TV shows to escape for a bit and relax. However, when you are in charge of the storyline, is this a relaxing experience or something even more stressful?”

Behaviourally, we find making choices difficult. Rational choice theory is a framework in Behavioural Science which believes that when presented with a choice, their cognitive instinct will be to choose whichever option will maximize their interests and provide them with the greatest benefit. When applied to TV, this is why the majority of the time we would rather put on a show that requires less brain-power or something we’ve already seen –  explaining why Friends repeats are still delivering huge numbers even after all these years!

Only time will tell for certain, however I would suggest we are leaning more towards ‘gimmick’ than ‘game-changer’. 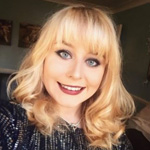 Holly is part of the Broadcast Team, and for good reason. She is a TV addict, film enthusiast, and lover of all things ‘Instagrammable’. If you want to know what young people actually think and feel about the media, then ask her.