The Secret Illness: The Reality of OCD

During an interview, I asked a candidate why she thought she would like this particular role in question. Her answer was “I’m so OCD, I get such a kick out of organising things”.

Little did she know she was speaking to someone who’s mum had lived with this crippling disorder her whole life. Someone who runs a not-for-profit creative arts project in her spare time, sharing the stories of those living with OCD anonymously. Someone who had heard first hand from 100s of people worldwide, the debilitating hold this disorder can have over a persons life.

The candidate had not meant any ill will and will not be the last person to use OCD as an adjective or in jest., but how could this have made me feel if I lived personally with OCD?

Yes, obsessive compulsive disorder can mean order, cleanliness and checking. But it can also mean horrific intrusive thoughts which can only be eased by a series of repetitive, time consuming rituals. Rituals which offer a brief respite only for the thoughts to return more fiercely and more believable, stoking the need for the rituals to become even more elaborate.

Intrusive thoughts can vary from believing you have touched blood and contracted aids, to wondering if you really love your partner, to considering you might have committed a brutal crime and blocked it from your mind. The thoughts can be so overwhelming that people hand themselves into police stations, or consistently call helplines for reassurance that the thought cannot be true.

The fact that these intrusive thoughts scare, upset and often disgust the thinker makes it clear that they are unwanted and not the persons true intentions. But for those who have consistent intrusive thoughts, often described as Pure O, it can be difficult to focus on anything else.

Often hidden illnesses and disabilities stay hidden because of fear and shame. How can you tell your boss that you would prefer to not have a desk near the kitchen as you will be distracted by intrusive thoughts of what you could do with the knives? What would the reaction be?

The anonymous nature of ‘The Wall’ means that people can share their true stories without the fear of being judged.

We have received countless emails from people who have used the collective posts to show friends and family their day to day realities and help explain how OCD effects their life. With increased awareness, the hope is that employers and colleagues would understand enough about OCD to allow those living with it to be able to openly share how it effects them, and the simple changes that can allow them to focus fully on their work.

You can read these first-hand accounts at The Secret Illness where you can also find poetry, art, spoken word, film and a podcast series all created by those living with OCD. 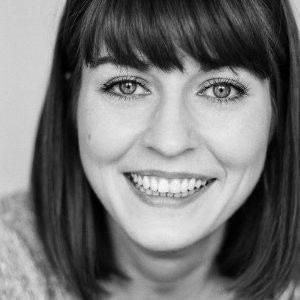