Why Netflix is letting non-subscribers sample shows for free

Netflix has been looking over its shoulders for years now, with the streaming service citing everything from Fortnite to sleep to (most recently) TikTok as a threat to its prime time place on the entertainment throne. Mihir Haria-Shah, head of broadcast at Total Media, explains why it is now letting audiences sample its goods.

The global streaming superpower Netflix is still benefiting from having pioneered the SVOD market, and its position as market leader has only been cemented by the global lockdowns induced by Covid-19. It has to keep this position, however, as it’s competitors are much more than just streaming services. For Amazon, a streaming service is a great way to get users into its wider ecosystem. For Netflix, streaming is the ecosystem.

So, how do you maintain growth and keep the subscribers steady? By offering freebies, according to Netflix. It has unveiled Netflix Watch Free, a free sample feature that lets non-paying members watch some of the highest-performing original shows and movies.

Using free teasers/samples is a really clever way for it to entice a slightly different audience than the usual month-long free trialists. This move makes it easier for people to experience Netflix content by removing the most abrasive barriers – entering details and billing information.

One of the key drivers of an individual’s choice is how easy or hard something is. The government’s behavioural insight team developed a framework for applying behavioural insights: the East framework. East stands for easy, attractive, social and timely. Making things ‘easy’ means reducing the hassle involved in taking up a service. The less effort required, the higher response rate and uptake generated.

Although it may seem hard to imagine a life without Netflix for those already converted, there are many consumers who would end their interest upon the request for billing details and personal information. Without the fear of unwittingly subscribing and forgetting, these consumers may be more likely to take their first steps and see what all the hype is about.

And hype is a key pillar of the strategy. It’s important to remember that Netflix doesn’t have the encyclopedic treasure trove of content that Disney+ offers, but it is the master of making its content go viral. From Stranger Things to Tiger King, Netflix knows how to get people talking online and this also plays into the free trial strategy.

A 30-second ad for Netflix plays before a free episode or film begins, and upon reaching the program’s end, viewers are prompted to join the service in order to watch more of “everything on Netflix that everyone’s talking about”. This addresses the social aspect of the East framework – delivering an experience that enters a viewer into a social community. Once in the loop and part of a conversation, consumers are more likely to convert to full-time subscribers.

For us in the world of advertising, however, this isn’t good news. Netflix has been very public about its desire to avoid an ad-funded model.

Despite its public posturing, however, media planners like me couldn’t help but fantasise about being able to advertise on it, and the intensifying competition made us wonder if it was a revenue stream Netflix couldn’t ignore for long. This strategy seems to confirm the death of that dream, however. This is a move to prioritise customer experience and a show of faith in the ability of its content to hook people in.

Streaming services are constantly watching each other and learning from rivals’ movements. For example, Disney trialled weekly releases with The Mandalorian and, soon after, Netflix and Amazon Prime followed suit with The Last Dance and All or Nothing: Tottenham Hotspur. If Netflix’s trial of sampling is successful, it could be that we see the others take up a similar model or a variation of it.

SVOD rivals should be nervous about Netflix not resting on its laurels and looking to boost subscribers even further. It could also be a sign that Netflix is reaching a saturation point with the existing streaming audience, hence it doing all it can to reach a new audience.

Small actions can have a big impact when it comes to influencing human behaviour, and small shifts in human behaviour can lead to huge results for businesses. If they can nudge these viewers to becoming full-time subscribers, then this free content strategy could define the future of Netflix and the SVOD space.

This article was written by our head of broadcast, Mihir Haria-Shah and was originally published in The Drum. 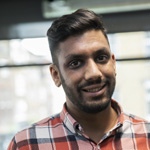