We have a tendency to develop a preference for things merely because we are familiar with them.

Evidence: In 1968, Stanford psychologist Robert Zajonc conducted a study into the effects of mere exposure on attitude change.

The findings of Zajonc’s study were clear: the more people had been exposed to the image, the more they said they liked them. 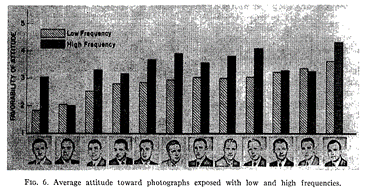 Recommendation: Zajonc’s study is relevant as it shows that repeated exposure to an item boosts preference – even if no additional information is communicated. This has implications for the phasing of messages – it suggests that leaving all your communications to the point of purchase may be problematic. Previous familiarity with your brand is important if you want people to be open to your messaging.

Behavioural Science wizz and author of The Choice Factory, a best-selling book on how to apply findings from behavioural science to advertising and founder of Astroten.