Do ads really benefit from being honest?

Historically, advertising and honesty have not always gone hand-in-hand, from VW falsely advertising environmentally friendly diesel cars on claims that they were low-emission, to the, admittedly, more harmless statement that Red Bull gives you wings, which earned the brand a class action case in 2014. As consumers are becoming more aware of the near constant stream of advertisements they’re faced with on a daily basis, both brands and their customers are working to break through the noise. While some people seem to be doing everything they can to keep ads from disrupting their experiences (47% of internet users globally use an ad-blocker as of 2018), some brands have resorted to taking a more honest approach to their advertising in order to stand out, with ad campaigns making bold statements against tradition, and promising of greater transparency between brands and their customers.

One recent example is Oasis, who have used digital & OOH to promise consumers that, if they keep buying, Oasis will stop advertising. This isn’t the first time they’ve built an ad campaign around a sarcasm infused takedown of other brand strategies, most of their ads rely on pointing out the CSR failings and dishonesty of other brands, having previously directed their tongue-in-cheek satire at corporations sponsoring the Pride march, and the idea that a soft drink can change the world.

With a strapline as biting as “Worthy ads can really make a difference and it’s finally time for us, a fruity drinks brand, to do our part” it’s hard not to think of this as a direct response to Pepsi’s heavily criticised TV campaign in 2017, which seemed to suggest that Kendall Jenner could bridge the gap between protestors and police with a fizzy drink.

We can guess that Oasis won’t be keeping their end of the bargain, as household names such as the Oasis parent company Coca-Cola still produce advertising despite being well ingrained in our cultural psyche, but does the promise of authenticity and transparency actually work? While we may have to wait and see if Oasis holds up their end of the bargain to find out, research from the Edelman Trust Barometer suggests that in 2018 only 52% of global respondents trusted businesses. And in a rising environment of fake news, it’s no surprise that people seem to be having a more cynical response to brand claims of authenticity and honesty.

A similar strategy can be seen at work with Brewdog’s recent OOH & TV offerings, a campaign that aimed to position them as anti-mainstream rebels, and while this seems to have worked in some areas, its authenticity has been brought into question by the likes of Marketing Week  and customers on Twitter.

On the other side of this stand the campaigns that have succeeded at honesty and authenticity, such as Patagonia’s ‘Don’t Buy This Jacket’ campaign, which calls out the environmental impact of fast fashion and events such as Black Friday, while promoting both the durability of their product and Patagonia’s ethical standpoint on the importance of environmentally friendly production. It’s a campaign that nods back to the function of brands at their core, to bridge the gap between a problem and a solution while reflecting a customer’s ideals and values back at them, and with two-thirds of Britons agreeing the planet is in a climate emergency, Patagonia managed to position itself as an authentic solution to not only the problem of which coat to buy, but how environmentally conscious individuals can reduce their waste.

It’s in these details that set the campaign apart from other brands fighting for the position of the most honest truth-teller, by following the first rule of storytelling: show don’t tell.  As the general population becomes more and more media savvy, and the back-catalogue of the internet makes it easier for users on social media to call brands out on whip-lash changes in messaging or dodgy CSR practices, the key to honest advertising seems to be the ability to back up claims of authenticity and honesty consistently, or not to claim it at all. 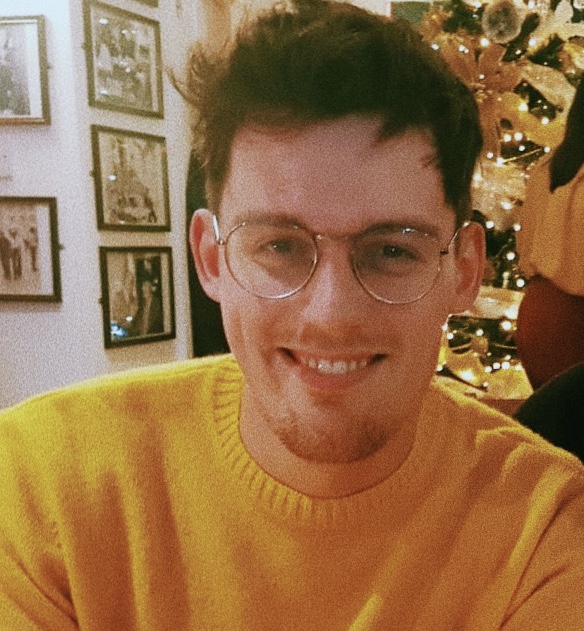 Reece joined Total Media in 2016 and works as an account manager on the Organic team, with a focus on UX/UI & Influencer marketing

What will be the long term Covid-19 effect on media consumption?

Why Total Media has joined the Conscious Ad Network

Man bites dog: A behavioural view of this month’s news

Our third #BehaviouralBook in celebration of #WorldBookDay is a favourite of @LeaKaram's - Misbehaving: The Making of Behavioral Economics by @R_Thaler. Lea describes it as highly enlightening and the book that cultivated her interest in applying psychology to economics 👇