The aim of advertising is to make an impact and affect the behaviour of the consumer seeing the advertisement.

This idea has been around since the 16th century and is something that continues to be researched today. This blog will explore how advertisements have evolved by using modern techniques based on behavioural research to influence buyer’s decisions.

Advertising takes a systematic approach, which has not changed in the last 100 years. Since St Elmo Lewis, a salesman for the National Register Company, invented a four step formula for doorstop selling, the formula has remained largely unchallenged. Now universally known as AIDA, the formula states that for successful sales you must get, provoke Interest, create Desire and finally provoke Action by closing the sale.

The solution of course, has been for creative agencies to come up with amazing ideas that capture attention. This being the excuse we need to then supply the message (the supposed area of interest) hoping for this advertising to create desire and subsequent action.

So, the generally accepted persuasion model of the industry is that we are simply communicating rational persuasive messages that change beliefs. Creativity functions to capture attention (so people will receive the message) as well as (hopefully) providing something extra which will increase the probability of us remembering the message.

Models simplify the world for us, the value of a good model lies in its ability to describe and/or predict the outcome of something given a set of inputs. So what does it mean for the model of persuasion described above, the fact that the most successful campaigns are highly emotional.

The persuasive model could argue that these affects are driven by the increased amount of creativity that emotional campaigns are able to rely on. Again, the logic being that the creativity captures attention (and memory) which is why we see the above results. But how does this explain parallel findings such as studies which show increases in brand esteem despite users claiming to never have seen that ad. Or, if creativity is simply the vessel for communicating rational persuasive messaging, how come emotional campaigns that distinctly lack rational messaging perform so well?

Clearly, the model needs some adjustments.

Behavioural economics offers us areas of study which can fill the gaps in the persuasion model. In particular, it helps us to explain the power of emotion and understand the ways in which it operates.

By shifting away from this rational-biased perspective, Behavioural Economics lets us have more interesting discussions around subjects like metacommunication (McLuhan’s “The Medium is the message”), the importance of context (of particular importance when discussing safety in wide digital advertising), and memory beyond ad recall (a notoriously tricky metric which allows us to self-congratulate but rarely drives business results). 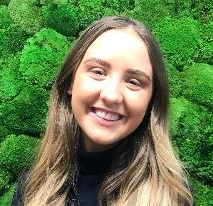 Kacy is an apprentice on the Digital and Programmatic Team. She studied Media, Law and Technology Studies for her A Levels.