Should I stay or should I go – how can theories of the status quo help us to understand where Brexit may head?

The demise of Theresa May’s Brexit deal & her tenure as prime minister means that the UK is no closer to a definitive answer on Brexit. With the country & the two main parties seemingly moving closer to both ends of the outcomes spectrum: a Hard Brexit (Conservatives) or towards a second referendum & remain (Labour). The outcome may well be predicted by how attitudes towards status quo evolve between now and October.

Rewinding to 2016, the remain argument utilised the status quo to form an economic loss aversion narrative. The so called “project fear” argument as it was coined by leavers in 2016 appeals directly to the notion that as human beings we react more heavily to the prospect of losses than we would do to gains of equivalent size. The purported benefits of the economic status quo in this case were centred heavily around access to the single market & economic growth. Whether you believe the numbers regarding potential losses of leaving the EU is up to you.

On the flip side, the leave/Brexit favouring argument also made use of the status quo. However, in this case the argument made was that there ought to be a rejection of the economic status quo rather than holding it up as something that should be preserved. The Brexit argument also made an overt pitch to human being’s inner affect heuristic, ie our tendency to make decisions based on emotion, not rationality (Michael Gove discrediting the work of so called “experts” is a classic case in point). In practice this involved tapping into notions of sovereignty & national pride/ability.

As history tells us, it was the emotional appeal that won the day on June 23rd 2016. Fast forward 3 years, England choked in another world cup & Brexit has hit quite a snag it’s fair to say with parliament rejecting both no-deal & Theresa May’s deal. What will happen next is anybody’s guess, but the answer may well lie in the behavioural science implications of status quo.

On one side sits the Conservative Party, DUP & the infant Brexit Party. The primary argument of this side remains an appeal to affect heuristic that was utilised to argue for a rejection of the status quo in June 2016.

On the other side sits the Labour Party, Liberal Democrats, Green Party & Change UK. This side increasingly favours a 2nd referendum/peoples vote as the prospect of economic losses associated with a no-deal Brexit becomes an increasingly likely prospect. (As humans we rationally fear any sort of realisation of losses)

The path that Britain takes could very much end up being decided simply by which framing of the status quo garners the greatest support. Had the traditional behavioural theory of status quo bias held true in 2016 then we might have all been saved a lot of aggro. However, this clearly didn’t happen & if the status quo bias does not prevail and remains surpassed by the emotional appeal of the affect heuristic then Britain may finally depart the EU on 29th October – at which point maybe we can talk about something else. 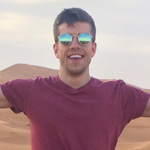 Jon joined as a biddable account manager in April & has been working in Digital for just under 3 years. He is a lover of all things travelling/hiking & intends to climb Kilimanjaro in the next year.